What is Cerebus? Let's take a tour on this massive master piece 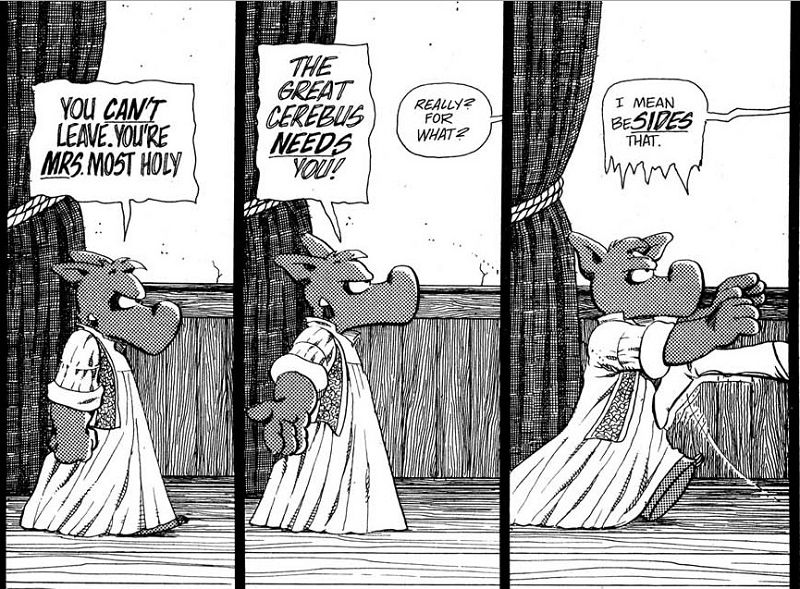 Dave Sim, Canadian pioneer of the American independent comic, created the saga of Cerebus  in 1978. Throughout 26 years, 300 episodes and more than 6000 pages, Dave gave birth to Cerebus, this strange anthropomorphic aardvak, which moves in a world where everyone is human except him.

At the beginning Cerebus was a parody of Conan, with swords and witchcraft but then the author adds other interesting elements, talking about religion and politics.  It started as a comedy and slowly evolved to something else, a drama with a lot of artistic experiments.

Many people must have known Cerebus thanks to the comic “Cerebus Bi weekly” that started in 1988 and reprints the first 26 episodes. 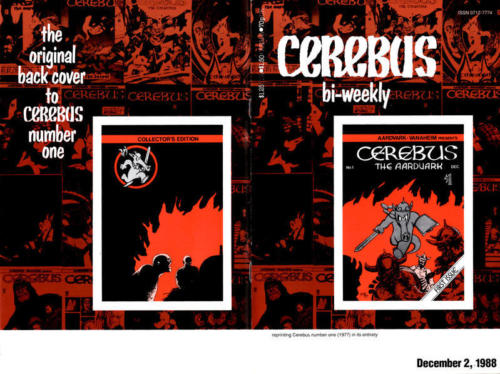 Cerebus was also compiled , up to the number 300 , in big TPBs (similar to Marvel essentials before Marvel essentials even existed).  Each TPB is around 500 pages in black and white and cheap paper, called “Cerebus phonebooks” 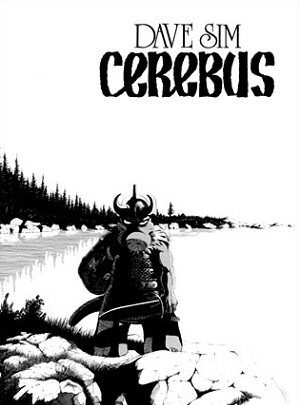 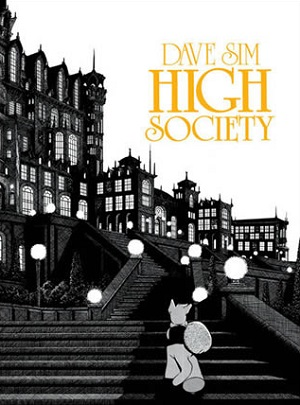 The quality of Cerebus is unique, the backgrounds, the page design, everything is excellent. The plots start losing some quality at a point, which is normal . It is really hard to maintain this kind of level through all the saga. At the same time,  Dave Sim was accused of being misogynist and homophobic. But let’s not feed the beast and let’s keep the focus on his work, a master piece of 6000 pages.

Cerebus also appeared in a couple of Epic Ilustrated series published by Marvel, being the most important apparition in Epic Illustrated #26. There, Dave Sims creates a few short stories of Cerebus in color that is not compiled anywhere.

He was so popular that he appeared in the issue #8 of the Teenage Mutant Ninja Turtles and also in Spawn #10. Sadly, this issue will never will republished because Sim and McFarlane had a dispute and obviously the rights over Cerebus are not available to be republished. You see here the importance of owning the IP of your characters.

We can find a lot more Cerebus special appearances but we just wanted to highlight a few.

If you have never read Cerebus and are intrigued by his work, I recommend that you start with the first “phonebooks”

I hope that this brief introduction to Cerebus gives you curiosity to know his work. is worthwhile!