Let's take a tour on the mythical work of Neil Gaiman, which captivates readers of all genders and ages.

This series takes the concepts of a character named Sandman, created in the Golden Age, a detective who wore an anti-gas mask and had a gun that made people sleep, and mixed them with the Sandman created by Jack Kirby in the 70s, where the protagonist traveled between dreams to protect the sleepers. The result of this mixture is a totally novel and engaging series, where Sandman is a mythological being that is known by several names like Morpheus, Oneiros, the Shaper of Form, Lord of the Dreaming, and the Dream King.

The Sandman series shows us the life of Dream, a primitive entity, older than Humanity, owner of the realm of dreams and nightmares that nourish it. Gaiman summed up the plot of the series as "The king of dreams learns that one must change or die and makes his decision."

Dream is the third of the seven Endless. entities that appeared when the Universe was created.

These are the 7 immortals. There is a single rule that they are bound to comply with. If one shed blood of the family, it deserves disintegration and a new entity takes its place with the same attributes and name. Angry with her brother Dream, Desire will try in every possible way that Sandman spills blood and dies.

Sandman lasted 75 numbers , has several specials and many spin-offs. It began to be published in January 1989 and lasted until March 1996. In addition, its success brought with it a rebirth of gothic terror and dark fantasy.

The covers of each issue were masterfully designed by Dave McKean, using a combination of painting, photography, pencil drawing, collage and digital art. 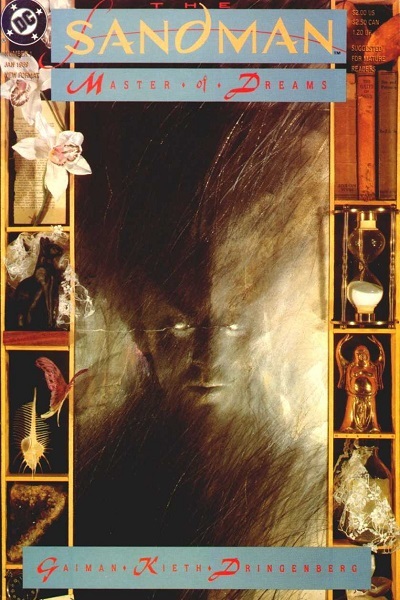 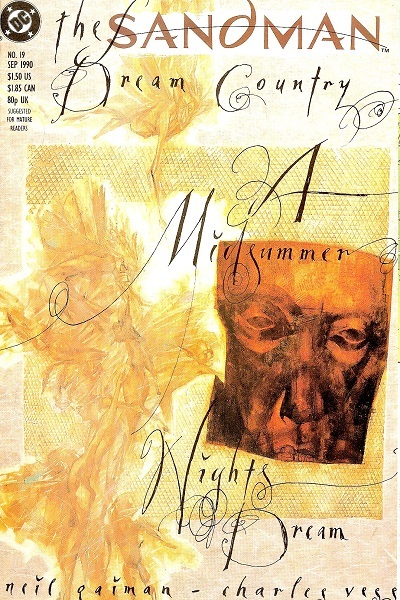 Sandman won many awards and recognitions. The list is vast. Gaiman won the best screenwriter award for Sandman 5 times in a row. In addition, the series won the World Fantasy Award for best short story in 1991 by Sandman # 19, A Midsummer Night's Dream. This would be the first time this award is given to a comic.

Sandman is still a bestseller of Vertigo. The world created by Gaiman is still full of life as Vertigo released in 2018 four new ongoing series:  House of Whispers, Lucifer, The Books of Magic, and The Dreaming. All these series are not written by Gaiman, only overseen by him. 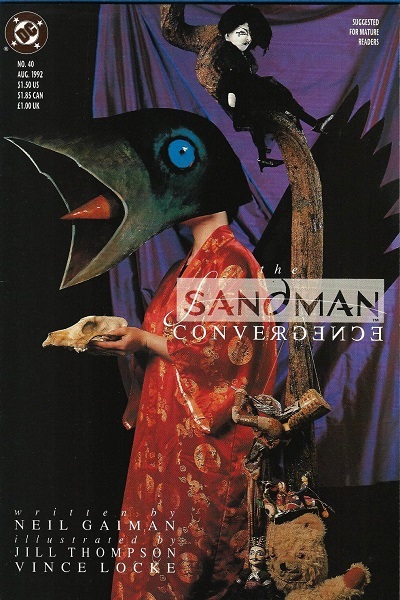 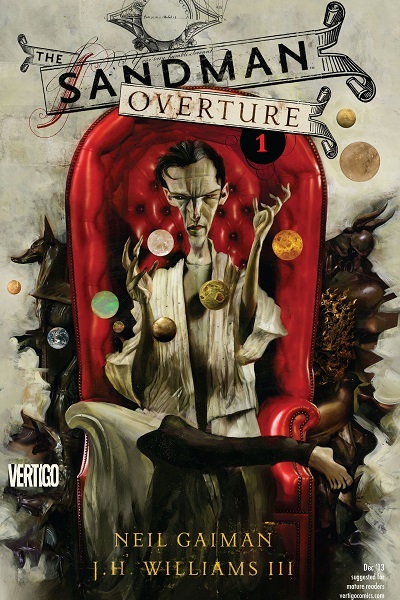 You can buy in on TPB, hardcover, Omnibus, Deluxe editions. There are many editions of this gem of the ninth art. You just need to pick the one that best suits you

Sandman is deep, engaging, serious but entertaining, has terror, romance, has literary references, has humor and drama. In short, Sandman is a good gateway to enter the world of comics.